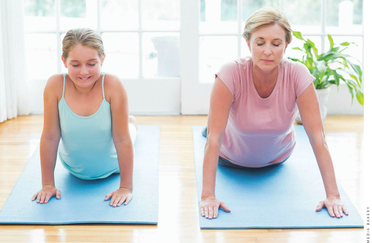 the founders of the One for Health Foundation, Thomas Miller and Bruce Campelia, are on a mission to change the health and economic stability of the country by educating children about the fundamentals of nutrition and physical wellness. Sound ambitious? It is. But Miller and Campelia are not the type of people to shy away from a challenge. They are lifelong athletes who know how to achieve their goals step by step, child by child. And with One for Health, they are already making an impact in the local community.

Miller, a resident of Wellesley, and Campelia first met as teenagers at middle school in Weston. They stayed in touch through the years and almost six decades later they found themselves training together for a biathlon called the “Wildman.” (Their only goal for the event: survival). After one particularly grueling session that involved a bike ride and run up New Hampshire’s Wildcat Mountain, Miller and Campelia were enjoying a well-earned evening of recovery and relaxation. Sitting in two rocking chairs on a porch overlooking Lake Winnipesaukee, they started talking about how important health and exercise were to their lives. They talked about the epidemic of childhood obesity, the effect it was having on future generations, and the enormous financial burden it was putting on America. Finally, they talked about how they would like to do something to change the course of this problem and make a positive impact. Just a short time later, One for Health was born.

Combining Miller’s background in advertising and branding with Campelia’s expertise in public health, the men started brainstorming both a name and a symbol that would represent the message that they hoped to send – that health is the one thing that matters. They landed on the idea of a single water drop, to represent not only the health benefits of water, but also the idea that a single drop of water can have larger ripple effects. 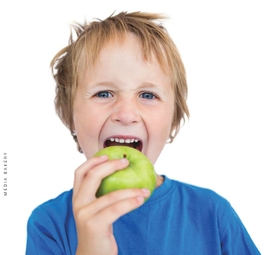 Miller and Campelia knew from the start that they wanted to focus their educational efforts on the younger generation. As Campelia explains, “If you get the kids young, it’s like getting a tree young: you can guide it. That’s where we can make long-term changes for the country.” But at the same time, Miller and Campelia knew educating children would also have broader added benefits to entire families. “We knew if we started with the kids, we could get parents and adults mobilized,” says Miller. “Because adults will change for their kids, but they won’t do it for themselves.” They cite the enormously successful campaign to end smoking as evidence of this phenomena. “When it came out that smoking will kill you, a certain number of people stopped smoking,” explains Campelia. “But the big name change was when it came out that smoking affects other people. That if affects your kids.”

With a mission in place, Miller and Campelia began to think about concrete ways to achieve their goals. They ultimately came up with a seven-week course centered around topics like yoga, organic foods, exercise, and the mind-body connection that is taught by several instructors in the various fields. The course can be given as a whole or broken down into smaller sections. “Since we’re working with kids, fun is the name of game,” says Miller. So instead of a standard lecture about the negative health effects of soda, they conduct demonstrations where kids actually place seventeen scoops of sugar into a glass of water to represent the sugar content of soda. When explaining the difference between natural and processed foods, they bring in eggs produced in different environments and crack them open to compare the yolks. They instruct children to visualize certain negative experiences and prove how simple thoughts can make a body physically weaker, and they teach children how to read labels and look for terms like “preservatives” and “additives.” “This work plants a seed in a child’s head,” says Campelia. “So that the next time that child goes to a supermarket, he thinks about how to shop in a supermarket and how to read the labels.”

Most of One for Health’s educational programs are currently taking place at local Boys & Girls Clubs, where they have been very well received by children and staff. “The kids come to us straight from school with lots of energy,” says Chris Crombie, the Program Director at the Watertown Boys & Girls Club. “One for Health does an amazing job of harnessing that energy and putting it to good use, because all their programs also provide a great educational twist. And the kids are really taking to it. We hear them talking about what foods are the right foods to eat and what foods aren’t. That’s all because of One for Health.”

But Miller and Campelia know that long-term success will come not only from making an impact on children, but also by creating a self-sustaining non-profit organization that will be able to financially afford to do good for many years to come. “We want to create a win-win situation for everyone: the businesses, the families, and the kids,” says Miller. “Because if not, it’s not going to work.” In the hopes of fostering more corporate partnerships, they are planning a ﻿healthy food scavenger hunt﻿ at the Whole Foods in Dedham and an event called WellComm 2015, which will celebrate all their work so far, showcase their programs, and have an award ceremony for the local child who shows the greatest activity level, as recorded by an odometer. “We are always going to remain flexible,” says Miller. “We are not trying to push anything on anyone. If we can find something that we feel is more impactful that helps us reach the kids to make a lasting change, then we’ll change.”

Their ultimate goal is to roll their One for Health programs out nationally, but Miller and Campelia know that will not be an easy feat. “This is the hardest thing I’ve ever done,” says Campelia. “One for Health is a start-up, but it’s a nonprofit start-up. So we’re doing it the same way you do a start-up, with sweat equity, whatever time we have, and creativity. And we have such big dreams.” Still, Miller and Campelia never forget that the key to making their big dreams come true is focusing on the individual child. “This is a challenge we can win at,” says Miller. “We know that if even one person changes their health in a positive way, other people will be impacted by that and it will spread on its own.” Both men grow very serious as they reflect on this. “Even if I can make one positive change in a child, I can sleep at night,” adds Campelia.
Original article in Wellesley Weston Magazine﻿
Proudly powered by Weebly